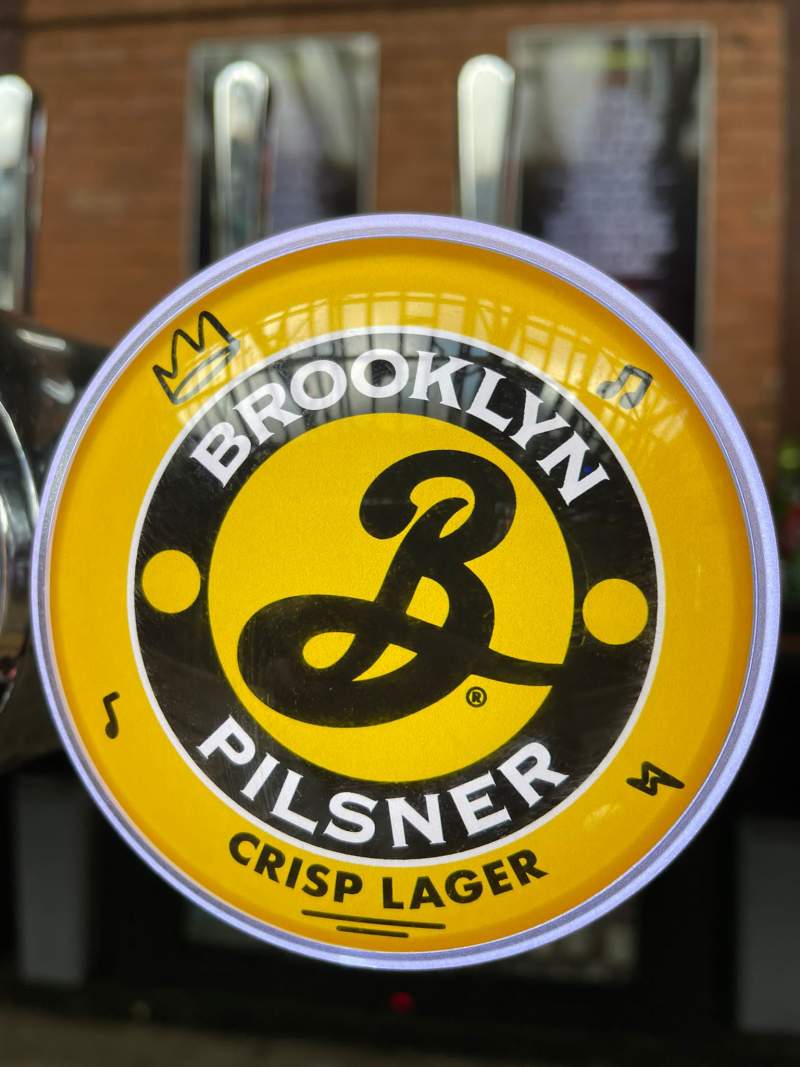 If you have been lucky enough to pop down to the best craft beer pub in Digbeth this weekend you may have noticed something different at the bar!

If you are a beer fan your eyes would have been drawn to our shiny new yellow badge on our draught taps. I am of course talking about Brooklyn Lagers new additon to their line up, Brooklyn Pilsner Crisp Lager!

Brooklyn Pilsner is a refreshing golden lager beer, brewed in the style favored by New York’s pre-prohibition brewers. In the 1840’s, the pilsner style emerged from central Europe to become the world’s most popular style of beer. Like its ancestors, Brooklyn Pilsner is traditionally brewed from the finest German two-row barley malts. German-grown Perle and Hallertauer hops provide a crisp, snappy bitterness and fresh, floral aroma. The flavor of the malt comes through in the finish. The Brooklyn Pilsner is fermented at cool temperatures, and then given a long, gentle maturation (lagering), which results in a beer of superior complexity and smoothness. We believe that you will find there to be none finer. Unlike mass-marketed so-called pilsners, Brooklyn Pilsner does not contain cheap fillers such as corn or rice, nor does it contain any preservatives or stabilizers. Brooklyn Pilsner is the real thing.

One of The Floodgates awesome hotdogs!