Floozie in the Jacuzzi & The Big Red Button 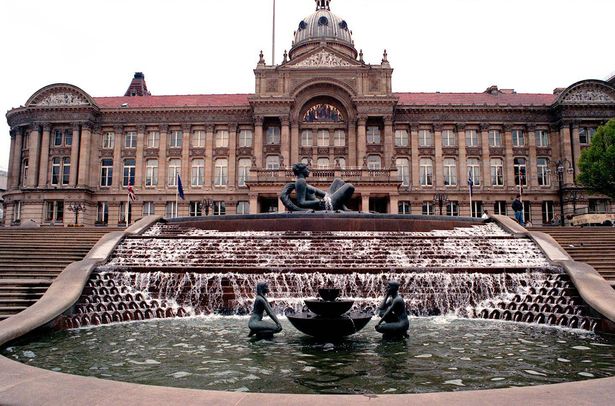 Well Well Well Birmingham, I am sure we can all agree there has been something missing in our lives for the last 7 years.

It is of course the one and only water feature at Floozie in the Jacuzzi based in the famous Victoria Square. The statue has been the centre piece of the square for almost 28 years. in 2015 the tub was turned into a giant flowerbed as attempts to repair Floozie went on. Birmingham have been undertaking many projects to smarten up the city for the up and coming Commonwealth games this summer.

As the big red button was pushed by the mayor, the crowd went wild, or at least they did once the water started 20 seconds later.

If you are ever in town, as a tourist or a local we would totally recommend you go and check her out. After that, make sure you head over to The best beer garden in Birmingham at The Floodgate for some refreshments.

Well for a start - that's not her real name.

The famous city landmark was originally called "The River of Life" and was created by sculptor Dhruva Mistry in April 1993 - at the cost of £3.5 million.

She weighs 1.75 tonnes and is said to represent 'the life force'.

But three years later, the fountain was turned off again.

Several attempts have been made over the years to repair the site before the statue was turned into a giant flower bed in July 2015.