Have A Cracking Time With Kraken Rum 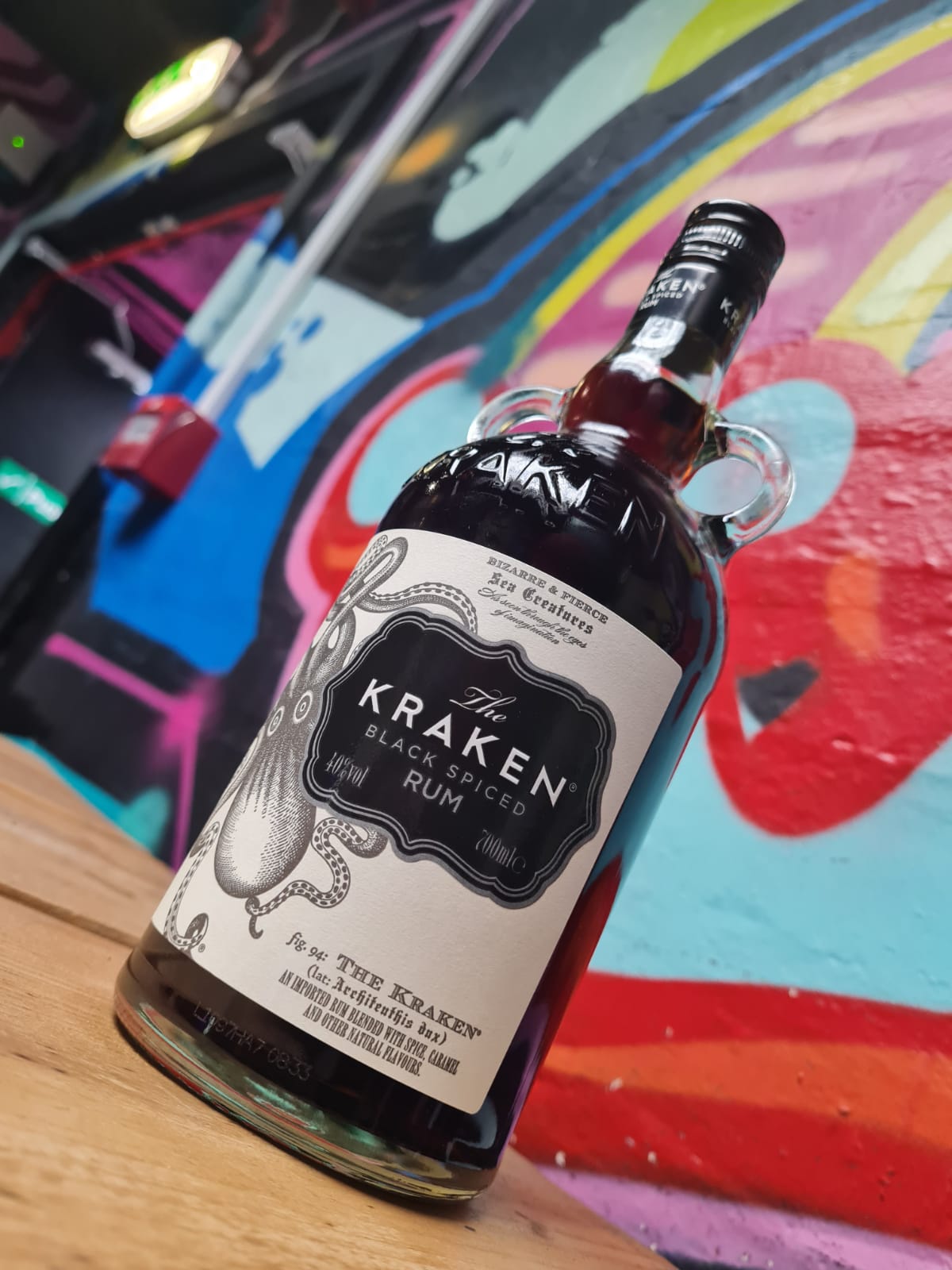 From Kings Heath, Kings Norton to Kingstanding the Kraken is alive and well. From the depths of the sea arises a dark liquid so powerful it will fuel any night out. As we approach Autumn & Winter our taste buds slowly change looking for warming & soothing notes. Incorporate Toffee, allspice, clove & ginger and you have the base notes of Kraken Rum. Snuggle up in The Floodgate Yard as the sun starts to dip below the horizon slightly earlier each night. If you are in need of a little more heat than our heaters provide then you can always get the blood pumping during a game of Bleachers Baseball, Curl Club Curling & PitPat Mini Golf. We look forward to seeing you soon and promise to check for giant squids before you arrive.

THE HORRID TALE OF THE KRAKEN

WHAT FOLLOWS IS ALL KNOWN INFORMATION ABOUT THE KRAKEN, ARCHITEUTHIS DUX. LEADER, COMMANDER, CHIEF, AND CAPTAIN OF THE GENUS OF GIANT SQUID.

A ship carrying spiced rum from the Caribbean was attacked by a monstrous Kraken. The Beast thrust upon the ship its massive limbs, plunging the vessel and the men on board into impenetrable darkness.

All of the barrels of rum were destroyed except one, which was badly stained by the squid’s black ink. It was dubbed “The Kraken Rum.” It is now known as a liquid of unparalleled darkness.

The Kraken was thought to dwell in the blackest depths of the sea, surfacing only to devour entire ships whole. The looming threat of its presence is enough to keep sailors in a constant state of fear.

THE KRAKEN HAS EMERGED

It has spread its tentacles inland, looking for a new place to wreak its unique brand of havoc.

No one knows where it may surface. No one except those unlucky few who are about to cross its massive path. Those who survive have epic tales to tell.