The History of Graffiti & Floodgate Street 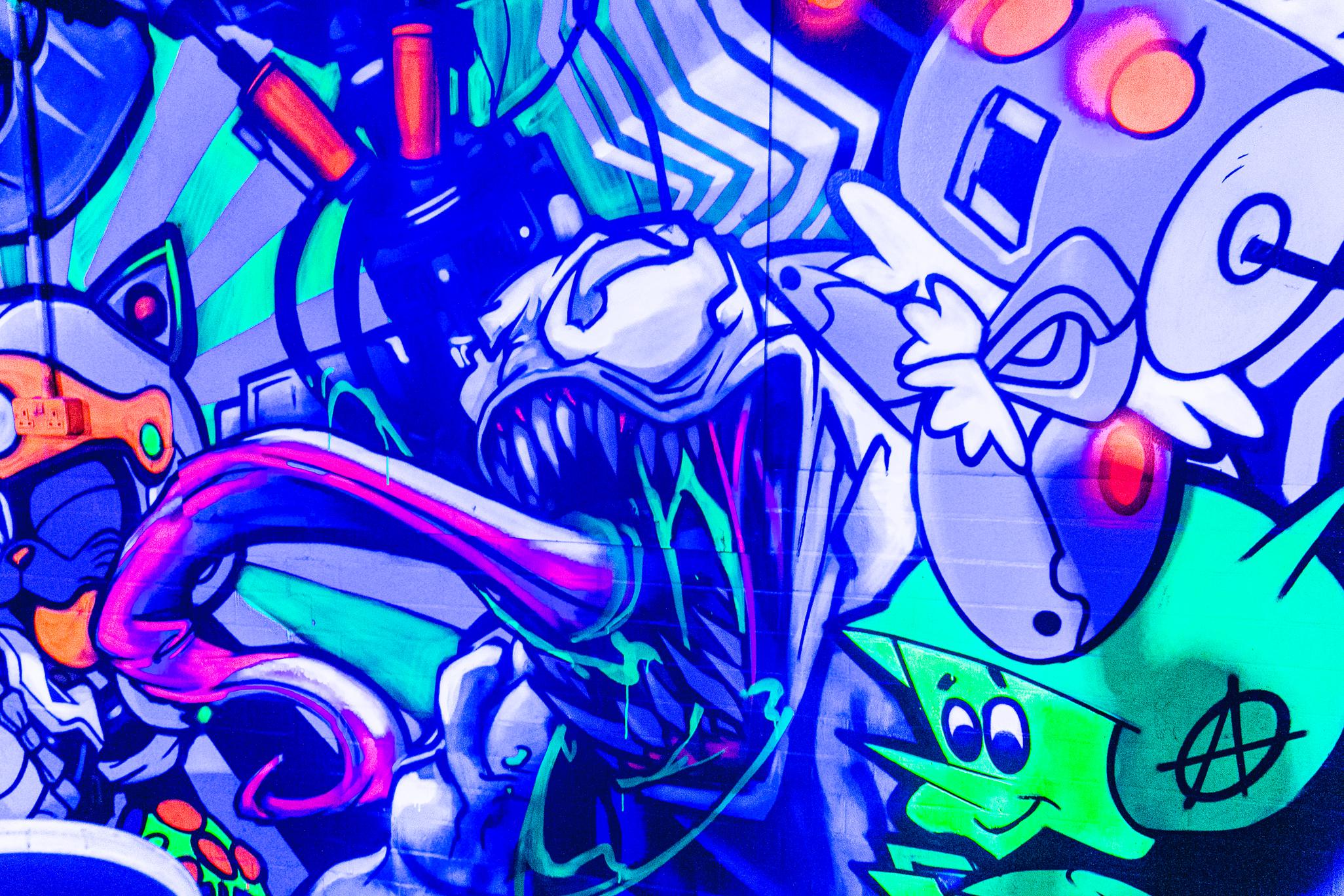 Graffiti (both singular and plural; the singular graffito is rarely used except in archeology) is writing or drawings made on a wall or other surface, usually without permission and within public view.[1][2] Graffiti ranges from simple written words to elaborate wall paintings, and has existed since ancient times, with examples dating back to ancient Egypt, ancient Greece, and the Roman Empire.[3]

Graffiti is a controversial subject. In most countries, marking or painting property without permission is considered by property owners and civic authorities as defacement and vandalism, which is a punishable crime, citing the use of graffiti by street gangs to mark territory or to serve as an indicator of gang-related activities.[4] Graffiti has become visualized as a growing urban "problem" for many cities in industrialized nations, spreading from the New York City subway system in the early 1970s to the rest of the United States and Europe and other world regions.[5]

The first known example of "modern style"[clarification needed] graffiti survives in the ancient Greek city of Ephesus (in modern-day Turkey). Local guides say it is an advertisement for prostitution. Located near a mosaic and stone walkway, the graffiti shows a handprint that vaguely resembles a heart, along with a footprint, a number, and a carved image of a woman's head.

This long street is said to be the sketchbook for Gent 48 - known as 'the undisputed king of graffiti in Birmingham'. Famous for his character-based murals, Gent 48 is a born and bred Brummie. He has a first-class BA (Hons) in visual communication from the Birmingham Institute of Art and Design.

His fingerprints are on artwork across the city. And also around the world. Gent 48 has spray-painted murals for commercial projects and fine art pieces for galleries, as well as branding work for the nearby Original Patty Men burger restaurant.

Keep walking up Floodgate Street till you get to the top and you'll see the one of the most prominent art pieces in Digbeth. The J. F. Kennedy mosaic mural was commissioned by Birmingham’s Irish community.

It was created in 1968 by artist Kenneth Budd and was originally located near St Chad's Cathedral, but was removed and partially destroyed in 2007. The city's Irish community raised £5,000 to pay for the artist's son Oliver Budd to create a replica which was unveiled in Digbeth in 2013.

Graffiti art is a central piece to The Floodgates DNA, with 100’s of unique works spread throughout the venue by Birmingham’s top artists including gent48. Fron our Bleachers baseball wall art to our UV wonderland in our PitPat table golf room to take you on a walk down nostalgia way. So, if independent street art is your thing, make sure you come on down and check us out.